HomeMiscellaneousTemple Police Asking for the Community’s...
June 3, 2016 in Miscellaneous 1

Temple Police are asking for the community’s assistance by locating a wanted person. 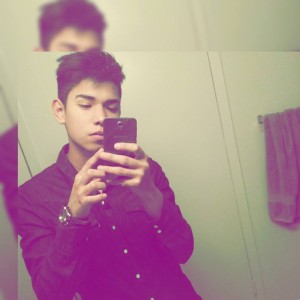 Jose Juan Sanchez – Sosa is a 17 year old male who is 5’7” tall and weighs approximately 130 pounds.  Sanchez – Sosa is wanted for Aggravated Assault with a Deadly Weapon.  This stems from an incident on May 28, 2016, where Temple officers responded to Baylor Scott & White Hospital after being told that a male, with a gunshot wound to his head, was dropped off at the emergency room.  Through the investigation it was determined Sanchez-Sosa was involved and the Bell County District Attorney’s Office issued a complaint and a warrant was issued for his arrest.

DO NOT ATTEMPT TO APPREHEND SUSPECT, HE IS CONSIDERED ARMED AND DANGEROUS

Detectives are asking anyone who may have information on Jose Juan Sanchez – Sosa’s whereabouts to contact Crime Stoppers at 526-TIPS (8477) or go online anonymously at www.bellcountycrimestoppers.com.  You can also download the app P3 tips on IOS and Android phones.  All information is anonymous and confidential and if your tip leads to the arrest of the person responsible for this crime you could be eligible for a reward up to $1,000 in cash.