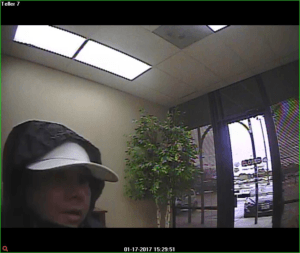 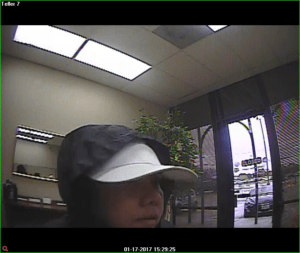 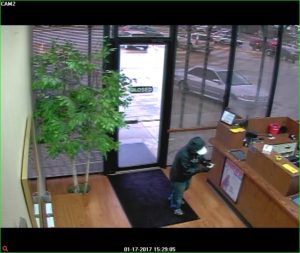 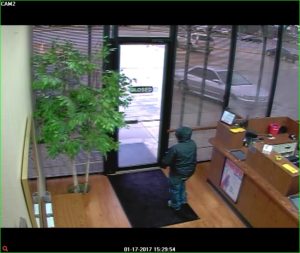 Officers responded to 2201 Trimmier Rd. on Tuesday, January 17, 2017, at 3:31pm, after receiving a 911 call letting them know the 1st National Bank had just been robbed.  Officers were advised a short, heavyset, white or light skinned Hispanic female, entered the bank and gave the teller a note that demanded money.  The suspect made reference to a weapon however, she did not display one.  She then fled on foot from the bank with an undisclosed amount of money.  The suspect was wearing a white low profile Starter cap, a black hooded jacket with a white stripe across the chest area and blue jeans.

Detectives are asking anyone who has information about this Bank Robbery or can identify the suspect, to contact Crime Stoppers at 254-526-TIPS (8477) or go online at www.bellcountycrimestoppers.com.  You can also download the P3Tips App for IOS or Android and give an anonymous tip.  All information is confidential and anonymous and if your tip leads to the arrest of the person responsible, you could be eligible to receive a reward up to $1,000 in cash.

Detectives with the Killeen Police Department CID Violent Crimes Section continue to investigate this case and will release information as it becomes available.