KPD Concerned for the Welfare of Assaulted Woman

HomeMiscellaneousKPD Concerned for the Welfare of Assaulted Woman
February 24, 2002 in Miscellaneous 1

Killeen Police are asking for the community’s help identifying a vehicle concerning the welfare of a female who was assaulted. 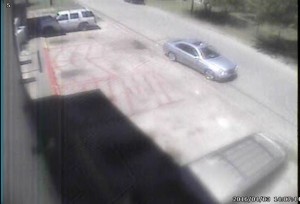 Officers responded to the 1800 block of N. 4th St. on Sunday, April 3, 2016, at 6:51pm, after receiving information about a female who was assaulted and appeared to be knocked unconscious earlier in the day.  The officers learned a black female had been at an apartment earlier in the day and apparently was involved in an altercation outside on the north side of the building.  The black female was assaulted by a black male; the female appears to have been knocked unconscious causing her head to hit the cement.  The female lay motionless on the ground for a while until several people came to the area, picked her limp body up and placed her in a silver BMW with a sunroof; the male then drove out of the area with the unconscious female in the passenger side.

The Killeen Police Department is investigating this incident and learned that the male and female arrived together at this location in the silver BMW.  The detectives are concerned for the welfare of the female whose identity is unknown.

Detectives are asking anyone who may have information about this incident, the female victim, the vehicle or the black male, to contact Crime Stoppers at 254-526 TIPS (8477) or go online to www.bellcountycrimestoppers.com.  You can also download the P3tips app and give a tip through the app.  All information is anonymous and confidential.