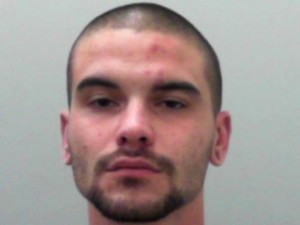 Officers responded to the 1400 block of Pine Dr. on Monday, October 20, 2014, at 5:30am, after receiving numerous calls about shots being fired in the area. Upon their arrival, they found a 64 year old female in her driveway with a gunshot wound. Justice of the Peace Garland Potvin pronounced the victim, Christine Watkins, deceased at 6:05am.

Detectives followed numerous leads and continued to investigate this case.  Through their investigation, they were able to identify a person involved in this murder.  This case was reviewed by the Bell County District Attorney’s Office and on October 1, 2015, a complaint was returned charging 30 year old Andrew Lenard Hardesty with Murder.   On Tuesday, October 06, 2015, Justice of the Peace Bill Cooke issued a warrant for his arrest and recommended a $1,000,000 bond.  Hardesty is currently in the Bell County Jail on unrelated charges.