Have You Seen Ben Lund? 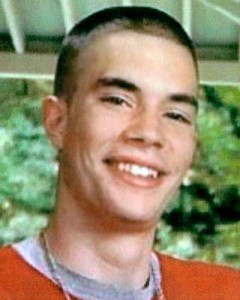 Benjamin (Ben) Lund was last seen leaving his home in the 1700 block of Terrace Drive in Killeen, Texas on June 17, 2005. He never returned home and was reported missing by family members several weeks later after they were unable to contact him.

His vehicle was recovered shortly after he was reported missing, however, Benjamin’s whereabouts are still unknown.

Benjamin is a white male with a thin build. He is about 6′ to 6’2″ tall and weighed between 165 to 175 pounds. He has brown hair and his eyes are hazel/green in color, but they also tend to appear brown. Ben has a scar on his upper lip and a scar on his abdomen. He typically keeps his hair closely shaven and may have grown a goatee. He may also wear an earring, baseball style caps and eyeglasses.

Ben is listed in the National Missing Persons database here.

Bell County Crime Stoppers will pay cash for information that leads to this missing person.

All information is confidential and you will remain anonymous.  If your tip leads to the missing person, you could be eligible for a cash reward.