Killeen Police need help locating a wanted man who is believed to be Armed and Dangerous. 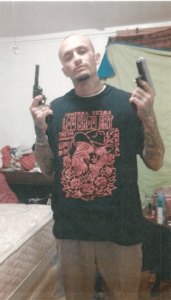 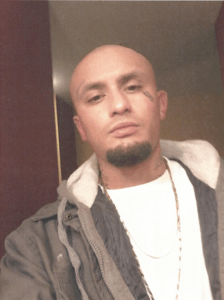 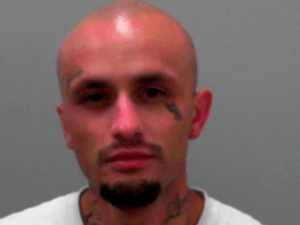 Officers were dispatched to the 1300 block of Bonnie Drive at approximately 11:11pm, on Friday, December 9, 2016, after receiving a 911 call in reference to shots fired. Upon the officers’ arrival they located 41 year old Jason Francisco Munayco with a gunshot wound.  Justice of the Peace Bill Cooke pronounced him deceased at 12:24am, on Saturday, December 10, 2016; he ordered an autopsy to be performed at the Southwestern Institute of Forensic Sciences in Dallas.

Through the investigation detectives determined John Eric Saenz was at the residence during this shooting.  This case was reviewed by the Bell County District Attorney’s Office and a complaint was returned charging Saenz with Unlawful Possession of a Firearm by a Felon.  Justice of the Peace Bill Cooke issued a warrant for his arrest and suggested a bond of $500,000.  Detectives would also like to speak to him about his involvement in this Homicide.

Do not attempt to apprehend this wanted person as he is considered ARMED and DANGEROUS!

Detectives are asking anyone who has information on John Eric Saenz’s whereabouts to contact Crime Stoppers at 526-TIPS (8477) or go online anonymously at www.bellcountycrimestoppers.com.  You can also download the app P3 tips on IOS and Android phones.  All information is anonymous and confidential and if your tip leads to the arrest of the person responsible for this crime you could be eligible for a reward up to $1,000 in cash.

This case continues to be investigated and information will be released as it becomes available.