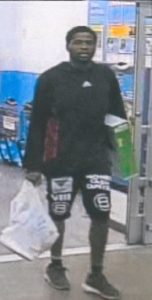 Officers were notified of a burglary of a motor vehicle on Wednesday, September 28, 2016.  Upon the officer’s arrival to Griffith Loop, the owner advised he went outside to find his wallet was missing from his vehicle.  The wallet contained several credit and debit cards that he later learned were used in numerous different places.  The attached photos of the three males are the suspects who were seen using the credit and debit cards.

Detectives are asking if anyone can identify the suspects involved in this Burglary/Debit/Credit Card Abuse, to contact Crime Stoppers at 254-526-TIPS (8477) or go online anonymously at www.bellcountycrimestoppers.com.  You can also download the P3tips app for IOS or Android to give a tip anonymously from your mobile device.  All information is confidential and anonymous and if your tip leads to the arrest of the suspects involved in these crimes, you could be eligible to receive a reward up to $1,000 in cash.