HomeTheftKilleen Police Need Your Help Identifying...
13 days ago in Theft 1

On December 6, 20222, the three suspects seen in these photos entered the JK Beauty Supply Store located at 734 S. Ft. Hood Street and walked directly to the wig displays. Two of the female suspects appeared to act as lookouts as the third female suspect wearing a white top and red pants, removed a wig, valued at $900.00, off the display and concealed it in her purse.  All three suspects walked towards the exit, when one of the suspects picks up an item and intentionally walked through the anti-theft device. 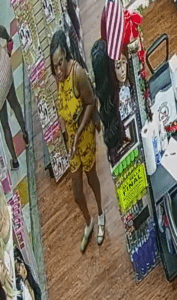 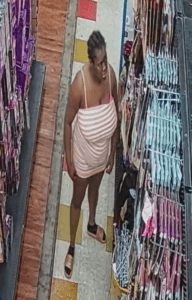 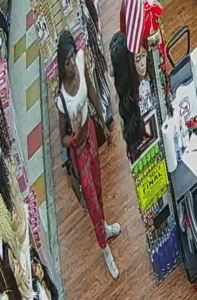 Detectives are asking anyone who can identify the females in these photos or has information about this theft, to contact Crime Stoppers at 254-526-TIPS (8477) or go online at www.bellcountycrimestoppers.com.  You can also download the P3Tips App for IOS or Android and give an anonymous tip. All information is confidential and anonymous and if your tip leads to the arrest of the person(s) responsible, you could be eligible to receive a reward up to $1,000 in cash.