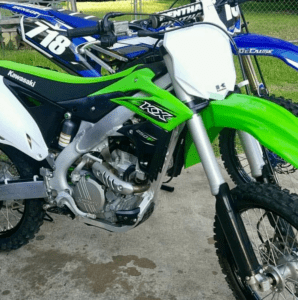 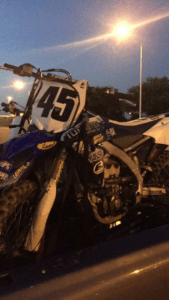 Fort Hood Military Police were dispatched to building 87015 at approximately 2:01am, in reference to a felony theft on Sunday, August 7, 2016. Upon the officers arrival they were told that two dirt bikes, a bright green 2016 Kawasaki bike and a blue 2014 Yamaha bike, were stolen from this location.  A witness told the MP’s that they saw a white male, driving a red 1999 Ford model pickup truck, leaving the area with two dirt bikes in the bed of the truck.

Military Police are asking anyone who has information about the suspects or this shooting, to contact Crime Stoppers at 254-526-TIPS (8477) or go online anonymously at www.bellcountycrimestoppers.com.  You can also download the P3APP for IOS and Android and give an anonymous tip as well.  All information is anonymous and confidential and if your tip leads to the arrest of the suspects responsible for this crime, you could be eligible to receive a reward up to $1,000 in cash.