Crime Stoppers Reward Increased to $6,000 for Information Leading to the Arrest of Murder Suspect.

Killeen Police investigate a Murder at a Caprock Drive residence on Friday evening. 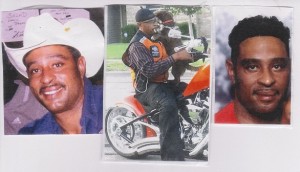 Killeen police responded to 1708 Caprock Drive on Friday, November 07, 2014 at 8:30pm, after a female contacted the department and told them she was unable to open her garage door and felt it was suspicious in nature.  Upon their arrival, the officers checked the outside of the residence and found an open back door.  Once inside, they located an unresponsive 49 year old male with gunshot wounds.  Justice of the Peace Bill Cooke pronounced the victim, Terry Linn Bass, deceased at 9:34pm and ordered an autopsy to be performed at the Southwest Institute of Forensic Sciences in Dallas.

Detectives are asking anyone who has information about this Murder or any suspicious activity in the area to contact Crime Stoppers at 254-526-TIPS (8477), go online at www.bellcountycrimestoppers.com or text BELLCO along with their tip to 274637.  Text HELP for help with the tip or text STOP to stop the tip, message and data rates may apply.  All information is anonymous and confidential and if your tip results in the arrest of the suspect involved in this crime you could be eligible for a reward up to $6,000 in cash.

Detectives continues to investigate this homicide and information will be released as it becomes available.